On June 5, 2018, the Washington State Bar Association (WSBA) presented a continued legal education program (CLE) hosted by Sart Rowe, titled, “Artificial Intelligence and the Legal Profession”. The CLE aimed to explore the underpinnings of modern artificial intelligence and how it is used in business and the law.

The CLE opened up with Sean Robinson, a principal data scientist at Pioneer Square Lab and Bernease Herman, a data scientist at the University of Washington eScience Institute. Robinson and Herman introduced AI and discussed the differences between things like supervised, unsupervised, and reinforcement machine learning. Robinson also examined possible ethical risks related to the extent of AI data usage and the loss of jobs due to intelligent agents replacing the need for humans. Herman used examples including Northpointe’s assessment tool to magnify the risks associated with the lack of transparency related to complicated AI algorithms and the acceleration of racial biases within “black box” algorithms.

Shankar Narayan, the Technology and Liberty Project Director at the ACLU of Washington, followed with a presentation titled, “How Data and Tech Can Amplify Bias and Challenge Civil Liberties.” Narayan’s presentation pointed out how applications of AI often systematically create or promote racial biases. While many believe that AI may assist in the removal of human biases in the legal process, Narayan argues that human biases are not removed but hidden in lengthy algorithms and often difficult to locate.

Next, Sart Rowe, professor and techie working at the Northwest Justice Project and manager of the National Technology Assistance Project, closed out the presentations with a presentation titled “AI, Ethics and Legal Aid”. Rowe reiterated four principles proposed by Angela Tripp, Abhijeet Chavan, and Jonathan Pyle in an initiative titled “Legal Services Community Principles and Guidelines for Due Process and Ethics in the Age of AI”. The four principles: transparency, accountability, reliability, and due process by design, were all developed with hopes to establish a set of community principles and guidelines to protect and promote legal professional values. The principles also aim to protect groups who are most susceptible to the shortcomings of AI.

Lastly, the CLE closed out with a panel session. Rowe joined Jordan Couch, an attorney and cultural ambassador at Palace and Adnan Siddiqui, a principal at SeeAlgo, an AI consulting firm. Crouch and Siddiqui described many new AI tools that are being introduced into the legal profession including software that can review contracts, conduct legal research, or automatically fill out forms. Couch went on to describe a bot that is able to interact with new clients and simulate the early stages of client intake. While Rowe, Couch, and Siddiqui explained that the use of AI is growing exponentially, they each warned about the need for the law to keep up and implement necessary protections for vulnerable groups.

More places to learn about AI

Article: A primer on using Artificial Intelligence in the Legal Profession

Report: Ready or Not: Artificial Intelligence and Corporate Legal Departments 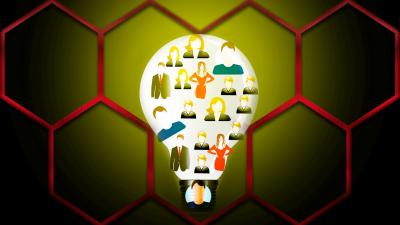