A few years back a small group of volunteers organized a project to create a catalog of games with some value beyond pure entertainment. The initial use was to help educate lawmakers about the value of games and provide a different look on games for people whose entire knowledge of games came entirely through traditional media outlets. Since then it has been used for a variety of different other things like brainstorming ideas for new educational games or find people who might be interested in collaborating on new games. Currently, it is somewhat out of date as it has not been updated in a couple years.

Lately, there has been a small surge of interest around games in law I decided to dust off the document, give it a few updates, and publish it here. I've removed most of the entries to dead projects and games that can no longer be played but otherwise left it mostly untouched.

You can view the spreadsheet online here. Online Games for Good Spreadsheet

You can download the spreadsheet as an Excel file here. Downloadable Game for Good Spreadsheet

This document is divided into four somewhat arbitrary sections of games. The sections are Citizen Science, Educational, Health, and Political.

These are games where scientists have created a game using real data that lets players solve problems that computers currently can't handle. It's a few years old but one of the most notable success stories in this field is Foldit, a game where players try to figure out the optimal ways to fold proteins. This is very helpful to researchers because an accurate idea of what a protein looks like will make it much easier to know how to interact with it. One of the most dramatic successes was in 2011 when in 10 days players determined the structure of an enzyme involved with a virus that causes HIV/AIDS, something the research community had been unsuccessfully struggling with for 15 years. Adapting citizen science for legal issues would be tricky due to privacy issues surrounding much if the data and some issues requiring a broad range of knowledge. At the same time there are definitely lots areas where some human intuition and flexibility is required and you are dealing with public data, there are a few solid games waiting to be made in this area.

These include some classics you might remember like Oregon Trail as well as some more recent ones like ECO. The aim of these games is to teach an idea or a way of thinking to the person playing the game. Some educational games like Oregon Trail are very upfront about what their goal is, one of the goals is to teach you something and they aren't at all subtle about it. Other games are more like Spacechem, while the title may make you think it's about chemistry it's a very difficult abstract puzzle game that uses much of the structure of a computer's CPU. If you are good at the game you won't be able to sit down and write code but you will have a solid understanding of how a computer handles data. This area is where most of the games in the legal community are right now. We have some games that are resources for self-represented litigants but there are so many topics to cover that there is room for a near unlimited number of games covering all the topics.

These games are centered around providing the information and motivation to help the player lead a happier and healthier life. There are games are like Brain Age which aim to directly improve mental health through mental exercises (though the efficacy of it is in question), there are games like Wii Sports and Zombies, Run! Which gamify exercise. There is also Free Rice which flips it around and is a quiz game where each correct answer results in some rice donated to the World Food Programme. This is a hard category to adapt to legal games directly but there are some elements that could be adapted. These games often have novel ways of encouraging the player to get out and about. They could serve as examples for a game based around physically going around and meeting people to help improve communication in a community..

These are similar to educational games, the difference is they tend to have more of an explicit agenda and message and can deal with polarizing topics. In addition to politics, they can cover things like labor rights, climate change, and animal rights. These games can be tricky since the deal with since people will be inclined to avoid the game and other will come in with preconceived ideas. Additionally, care needs to be used when using elements from these games, some of them use less ethical techniques to convey their point.

Beyond these four categories, the games are also given a short description and summary of what they have to offer. Most of them are digital games to be played on a computer or mobile device but a few are analog games which include board and card based games.
We hope browsing through this list will give you some inspiration on potential projects your organization might be able to use to directly or indirectly improve the delivery of aid. 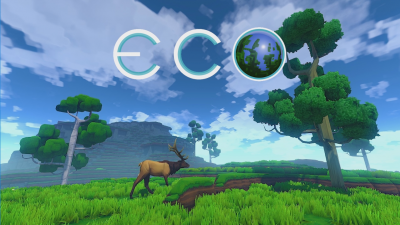