Webinar: AI in the Law

“I believe that at the end of the century the use of words and general educated opinion will have altered so much that one will be able to speak of machines thinking without expecting to be contradicted.”

This is a huge field that is suddenly much more possible than it used to be.  We’ve gone from “strange corner of a math department” to “driving some of the world’s fastest growing industries” in about two decades.  There’s a lot of information and easily as much disinformation and fear out there. How to start making sense of it? AI has a “Shifting goalposts” problem, like fundamental particle physics.  It’s basically always “what we hope a computer can do like a human can, but that we don’t feel is trivial by now.”  That has applied to everything from managing an HVAC system to managing a business. These goalposts are often defined by the phrase “a machine will never:”  (assemble a car by itself, play chess, understand speech, play chess well, beat a human at go, compose music, make a painting, drive a truck, write a book, teach children…..and so on).  A lot of the hype comes from the fact that we’re now knocking down these goalposts almost as fast as people can put them up.

Let’s try “data first, model as a tool” instead. Well, we can still do that and run into problems , i.e. the “is the check upside down” problem.  So we really need to have “data first” methods that can also train *to* that data - fully generalizable models. 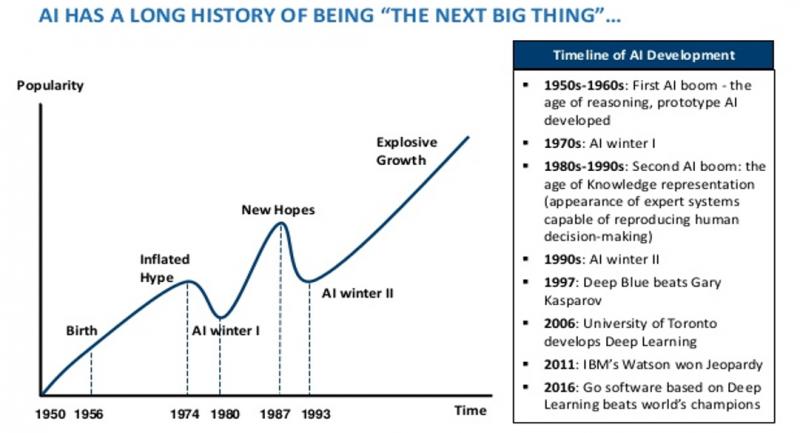 What can AI actually do? 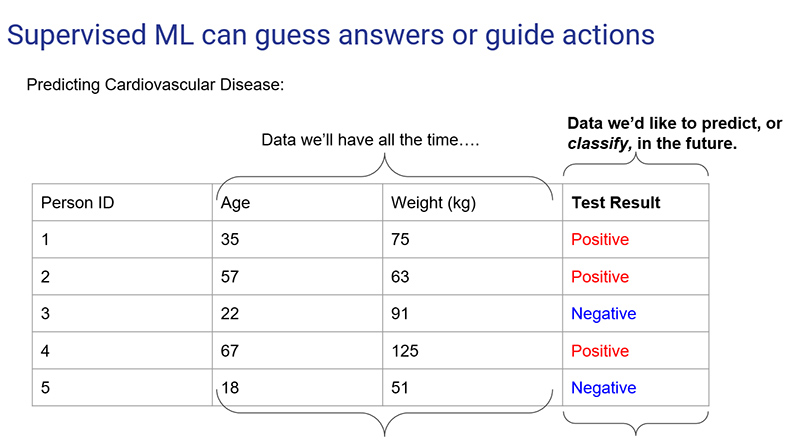 This is a huge field that is suddenly much more possible than it used to be.  We’ve gone from “strange corner of a math department” to “driving some of the world’s fastest growing industries” in about two decades.  There’s a lot of information and easily as much disinformation and fear out there. How to start making sense of it? ML runs a lot of things nowadays, from crop yield estimates to credit scores to office software. But...how do these techniques add up to automation and robotics?

Logic to Turn Inputs into Outputs

A best input-output matrix (the “Q Matrix”) is trained to match all possible inputs to behavior. The same optimization routines are used to produce the best behavior across all possible states. This way we can learn behaviors we don’t even know ourselves. So now we can, say, make a self driving car.  And now we have problems. Such as:

Someone had to decide what "good job" means, and robots will try to optimize their behavior to be considered "good."  But does "good" mean 'protect humans too', or would we rather have robots not include humans explicitly in their thinking?  Consider:

The opportunistic killer: The self-driving car that can take any action it sees fit so long as it minimizes both travel time and maximizes safety of all humans, and finally its own safety. Researchers are working very hard to make this happen, but in a context-free environment, perhaps these goals are given relative weights - with safety the highest, speed the second, and vehicle safety, defined as the likelihood of further operation, third.  However, if the car is allowed to notice its own demise from any cause, it is a possible fringe case that the car would "learn" that driving is the only thing that kills it, either due to eventual part failure or an accident, and refuse to drive at all. If this was then overridden by disallowing that as an option, the next option might be to attempt to run over the owner in any way possible, and then stop, removing the likely future force making the car drive and thus, living forever.  This seems like a violation of the "life preservation" clause, but as written it isn't strictly a law, just part of an optimization function.  By allowing self-preservation into our AI devices as other than a strict hierarchy with the safety of others, fringe cases like this become possible. Here's where you invoke Asimov's laws of robotics, of course, and for good reason.  So maybe those laws....should be made actual laws. If AI is made with relative altruism instead of strict altruism, these cases become possible.

Suppose we have an AI whose only goal is to make as many paper clips as possible. The AI will realize quickly that it would be much better if there were no humans because humans might decide to switch it off. Because if humans do so, there would be fewer paper clips. Also, human bodies contain a lot of atoms that could be made into paper clips. The future that the AI would be trying to gear towards would be one in which there were a lot of paper clips but no humans.

How can an Algorithm be Biased?

So How can We Make Things “Fair?”

So What Are we Going to Do About ML Bias?

So What are We Going to do About Emergent Behaviors and Dangerous AI?

So what are we going to do about emergent behaviors and dangerous AI?

There are still other issues as well

And right now?  It’s kind of the Wild West out here…

Very little of this is mandatory or even standard practice anywhere; most attempts at compliance with these principles is voluntary and nascent

Cases like the Uber car accident will be important in defining where liability is handled, we may expect similar cases as autonomous systems become more common

We can expect the next decade to necessitate a lot of these cases, we probably won’t go another 10 years without some kind of real regulatory body either.

In the end, we should brace for some of thee issues, expect a few significant legal cases, and “get ahead” of it wherever we can to head off potentially dangerous fallout.

The news about recent activities for needed peoples.

No matter whether you love it or hate it, email is a part of the office routine… 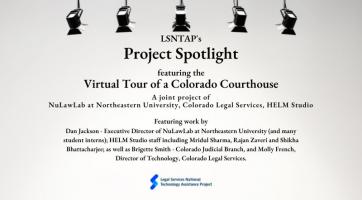 Project Spotlight #2: A Tour of a Colorado Court House

Today, we are featuring the project "Tour of a Colorado Courthouse" being…

It's not too late to attend our Community Meeting this afternoon at 3 pm EST. FYI: If you can't make it, it will be recorded and posted to our YouTube channel. https://t.co/pms298M97O

Today, we are releasing the first edition of a new microcast "Everyday Tech Tips." We'll be using screencasts to share quick tips that will help everyone be more efficient. Our first episode focuses on Templates in Gmail: https://t.co/xZ12kQXem5 Give us a RT if you like it.